A Piece of History Flies Away

When this plane first flew, it was only 30 years after the Wright brothers proved human flight possible.

But the 1933 Stinson Reliant stopped flying probably around 1950, say its renovators here at the Punta Gorda Airport.

In late March, it took off again finally — the man who bought it being the first to try it out. He was impressed, and then flew it to his home in Indiana.

“The new owner came and put the wings on and flew away,” said Al Boynton, the man who bought the plane in 2012 after finding it on a website. “Said it flew like a baby.”

Now, all the renovation team here is left with are eight or nine years of memories. That’s how long it took them to rebuild the machine — about five years longer than they expected.

Click here for more photos and the full article by Betsy Calvert. 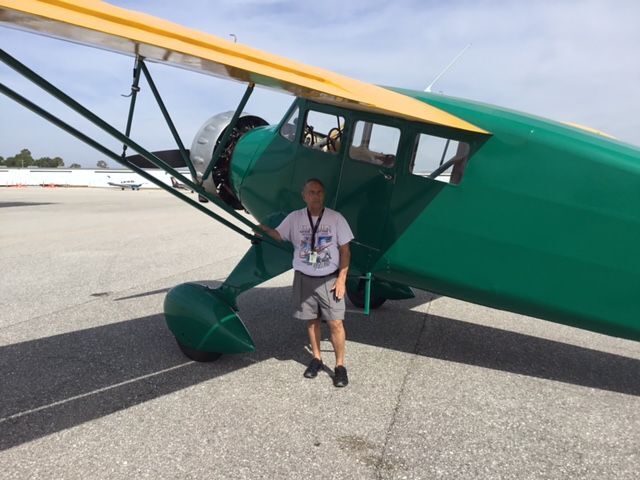